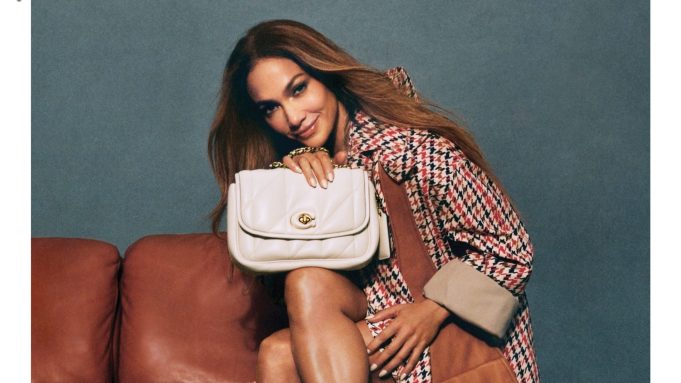 Coach is tapping some of its brand ambassadors to celebrate Mother’s Day.

The likes of Jennifer Lopez, actress Tommy Dorfman, TikTok influencer Noah Beck and Jessica Kelly appear in the fashion brand’s “I Got It From My Mom” campaign, which was released on Thursday. The campaign is meant to “celebrate the role mother figures play as mentors, muses and sources of style inspiration,” according to Coach.

“This Mother’s Day, we wanted to recognize all the ways mothers inspire and shape us,” said Sandeep Seth, Coach’s North America brand president and chief marketing officer, in a statement. “We also wanted to celebrate the joy found in the things we pass from one generation to another, and our brand’s role in creating special memories for our customer over the years.”

The campaign is meant to have a nostalgic aesthetic as the celebrities were photographed on a set meant to resemble family rooms. Lopez, who has been a Coach ambassador since 2019, appears alone in her images modeling handbags like the Pillow Tabby and Pillow Madison.