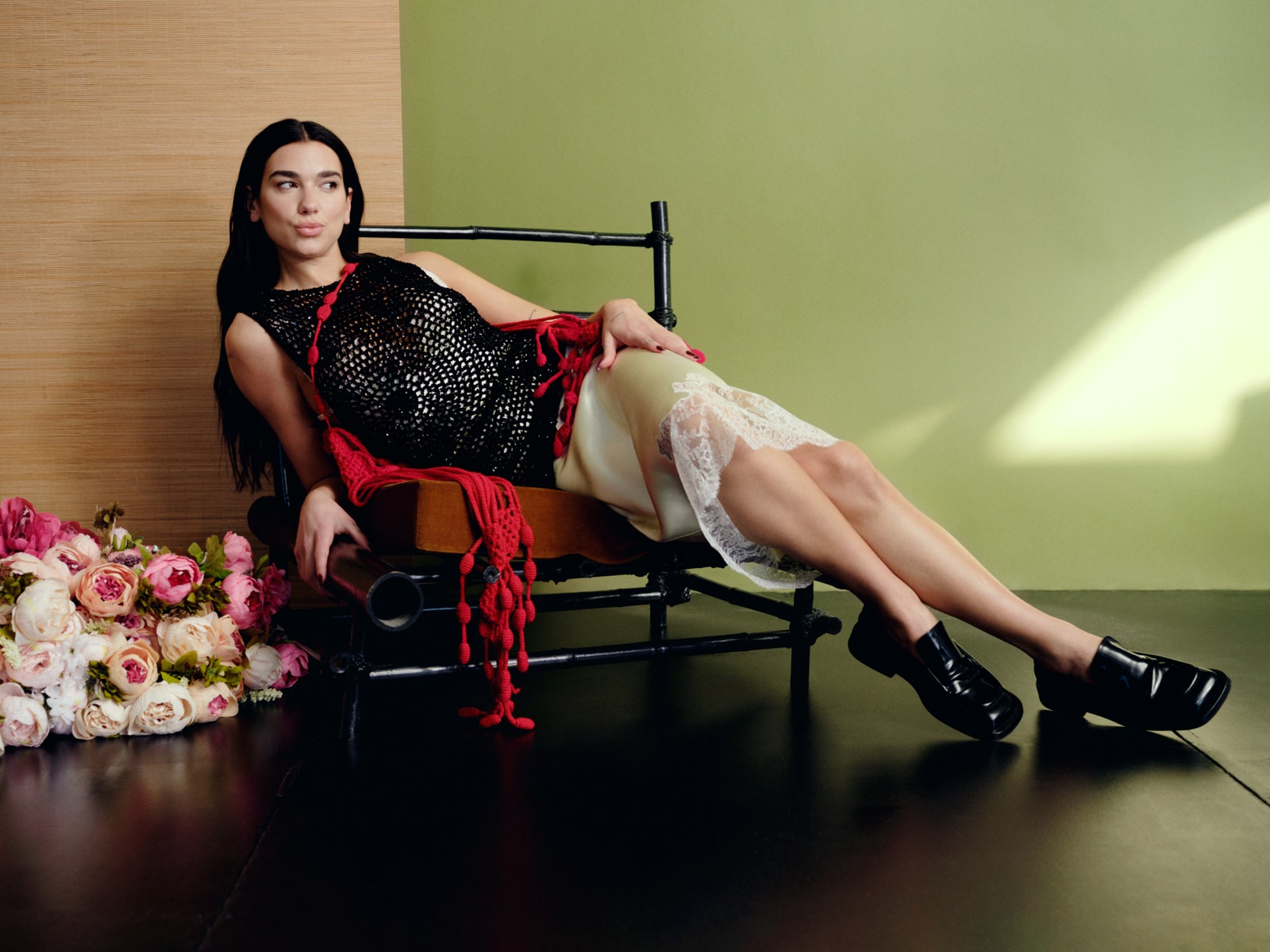 In the long history of Vogue’s 73 Questions series, no star has made an entrance more dramatic than Dua Lipa. Dressed in a sequined catsuit, the Grammy-winning artist descends from the rafters of an arena on a levitator and strikes a pose.“Hi, Vogue!”

Lipa has completed 23 of 109 stops on her Future Nostalgia tour. The punishing schedule, which began in February and will conclude in November, stretches across North America, South America, Oceania, and Europe. Despite the pressure, Lipa vibrates with energy in the hours before her show.

When asked what she wants her fans to get out of the performance, Lipa does not hesitate: “I would love them to have a really fun, really sweaty dancing experience where, for 90 minutes, [they] can forget about everything that’s happening outside these four walls.”

Lipa then leads our cameras through a labyrinth of basements, corridors, and dressing rooms. She embarks on a revealing and irreverent discussion about her life and work, jumping from her debauched nights as a hostess in Soho to her collaborations with legends like Sir Elton John. She loves vodka martinis and loathes Crocs. She freely demonstrates a yoga pose but stops short at disclosing the contents of a recent astrology report.

As a woman of many talents and seemingly limitless stamina, Lipa also hosts the popular podcast “At Your Service” and launched the related newsletter, Service95, in February. As she muses on her inspirations and ambitions, Lipa makes clear that for her, global superstardom is only the beginning.